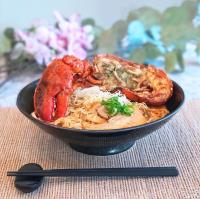 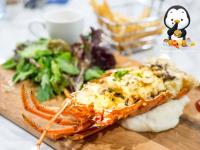 With a booming food scene in Melbourne, Unabara Lobster & Oyster Bar is for the culinary enthusiasts who enjoy seafood more than anything else in the world. The menu at Unabara features a huge range of fresh seafood and lobster delicacies prepared in Japanese-inspired style to make your mouth water. At Unabara, the guests can enjoy Melbourne’s finest seafood, executed to perfection with a Japanese twist. At the restaurant, the sizeable portions of oyster varieties, shellfish and fish are accompanied by a variety of traditionally prepared sauces.

FRESH SEAFOOD WITH A GREAT SELECTION OF WINE : With freshly collected seafood which is seasoned to perfection, Unabara offers a range of red, white, rose and Japanese plum wine.

In Japan, people refer to the term “Unabara” as the ocean and the seaside. The restaurant let you explore and enjoy the rich Japanese culinary traditions in seafood preparations, right in the heart of Melbourne. For those looking to get their seafood cravings satisfied, they need not look further than Unabara.

There are no reviews for Unabara Lobster & Oyster Bar. Write a review now.