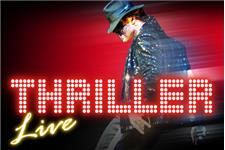 Catch the award winning blockbuster London show, Thriller Live at the magnificent Lyric Theatre! The stunning theatre is located at 29 Shaftesbury Avenue, London, W1D 7ES positioned near some of the liveliest bars and restaurants. Leicester Square and Piccadilly Circus are also positioned at a nearby distance.
Lyric theatre is located at an easily accessible location and can be commuted via various modes of commutations such as buses, tubes, taxis and cars. Piccadilly Circus on the Piccadilly and Bakerloo lines are the nearest tube station which is just 250m from the theatre. You can visit the theatre by bus route nunbers 14, 19, 22B, 38, 53, 88, 94 and 159. You can also hire a taxi or drive by car, as the nearest car park is the MasterPark at Poland Street and Chinatown.
Thriller Live is running at the London Westend Lyric Theatre on Shaftesbury Avenue since January 2009. The heart warming musical is a must-see for whose who are lovers of Michael Jackson's music. The show is a real tribute to the King of Pop featuring some great songs such "I Want You Back", "Smooth Criminal", "Billie Jean" and many, many more.
Dominion Theatre in London's West End marked the preview of original production in August 2006, which was headed by theatrical producer Adrian Grant. The creative team were ensured about the success in the UK which was followed by a short UK and European tour in 2007. Kerys Nathan directed and choreographed the show.
The original cast featured Pop Idol singer Zoe Birkit, he was in one of the adult singing roles, along with the young Shaheen Jafargholi, who was the star of Britain's Got Talent as the young Michael Jackson. In the year 2008 the production started auditioning for new singers for its grand opening in the London West End on 21st January 2009. Gary Lloyd was the director as well as choreographer of the show. The two hours and twenty minutes show is recommended for 8+ kids. Thriller Live is a blockbuster spectacular concert-style show which has become a global phenomenon. The show has been enjoyed across 29 countries and viewed by nearly 3 million.
With online advance Lyric Theatre Tickets, you would be able to spend some memorable time with loved ones. So what are you waiting for? Book online advance Lyric Theatre Tickets and head towards Lyric Theatre London! You can book online tickets now and avail an exciting discount package of 70%. We offer safe and secure booking with seat allocation made before the payment done. All booking will be done from the official STAR agent Websites.
So, hurry buy your Lyric Theatre tickets now and have a memorable experience! So what are you waiting for? Book your online advance Thriller Live Theatre Tickets and have a remarkable experience. Make this weekend a memorable time with your near and dear ones by heading towards Lyric Theatre London!

There are no reviews for Lyric Theatre London. Write a review now.