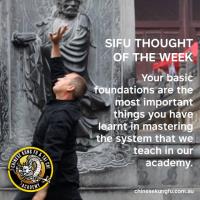 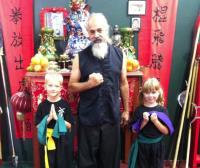 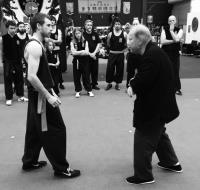 In 1977 a young George Michielsen started training in Kung Fu under famous Masters Vince and Dave Lacey in Perth Western Australia. He had intended to join Kung Fu for three months only, but before he knew it, it was six years later, two world tournaments and an Australian title fight, and he was still training.

In 1995, George made the decision to start a full time Kung Fu Academy to preserve the incredible art of Choy Lay Fut Buk Sing. The chosen location, a growing suburb in the market garden region of Balcatta, Western Australia. It was August when the first Academy officially opened its doors. Three years later he opened the O’Connor branch. The Academies were originally named Choy Lay Fut Buk Sing Gwoon, but changed to the Chinese Kung Fu and Tai Chi Academy in 1999.

Since then both Academies have seen immense growth. The market garden area of Balcatta is now a bustling residential and commercial area. There has been many exciting events and visits to the Chinese Kung Fu and Tai Chi Academy by Famous Kung Fu and Tai Chi Masters from all over the world. We have been privileged to witness many positive changes in peoples lives and enjoy the great relationships and friendships that have started and continue to blossom. He has endeavored to preserve the treasures of real martial arts for us and future generations and he is eternally grateful to the Master’s and Grandmaster’s who have shared their knowledge.

We are all creating history as we go. And that’s why we would love you to be part of it all.

There are no reviews for Chinese Kung Fu and Tai Chi Academy. Write a review now.